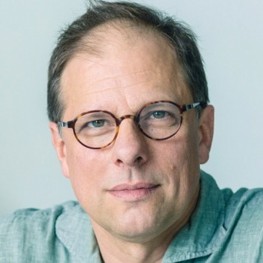 A versatile musician, Daniel Haefliger is as renowned as a soloist, chamber musician and teacher as he is as organizer, lecturer and translator, and has also initiated numerous educational and musicology projects.

As a cello player, trained by Pierre Fournier and André Navarra, he has performed regularly in important music centres such as Berlin, London, Lucerne, Paris, Tokyo or Sydney with such partners as Heinz Holliger, Dénes Várjon or Patricia Kopatchinskaja and conductors such as Thierry Fischer, Pascal Rophé, Peter Eötvös or Magnus Lindberg. He has travelled all over Europe with the Zehetmair Quartet, which has won the greatest international awards for its recordings and whose specialty is to play every programme by heart. Deeply invested in music of his time, he collaborated closely with all the composers who left their mark on his generation, whether they be György Kurtág, Brian Ferneyhough, György Ligeti, Elliott Carter, Heinz Holliger, Helmut Lachenmann, Klaus Huber, Luciano Berio, Franco Donatoni, Pascal Dusapin, George Benjamin and many others, and continues to premiere numerous works by the new generation of Swiss composers.

At the turn of the millennium, he initiated the greatest chamber music season in Switzerland, with regular concerts in Geneva, Zurich, Basel and Lugano, known as the Swiss Chamber Concerts, of which he is the musical and administrative director with Felix Renggli (Basel) and Jürg Dähler (Zurich).

He has also been solo cellist for the Ensemble Modern in Frankfurt, the Camerata Bern and the Ensemble Contrechamps. He is a founder member of the musicology editions bearing the same name, and has, among others, translated the Schoenberg-Kandinski correspondence into French.

Passionate teacher, he holds the chamber music class at the Sion site of the Lausanne HEMU, and founded the Swiss Chamber Academy in 2014, followed by the Swiss Chamber Camerata in 2017, which brings together Switzerland’s most promising talents. Numerous radio and CD recordings with labels such as Forlane (F), Stradivarius (I), Claves (CH), Neos (D), ECM (D) or Genuin (D) attest to his activities as performer. Daniel Haefliger plays on a Giovanni Grancino cello (Milan 1698).