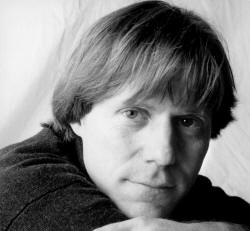 Oboe
Emanuel Abbühl, born in Berne, Switzerland, studied with André Lardrot and Heinz Holliger. He has received many awards and was a prize winner at the international competitions in Geneva and Prague. He was principal oboist with the Basel Symphony Orchestra, the Rotterdam Philharmonic Orchestra and from 2006 to 2015 held the same position with the London Symphony Orchestra under Sir C. Davis, B. Haitink and V. Gergiev. Beside this he has performed as guest principal or soloist with the Chamber Orchestra of Europe, the Mariinsky Orchestra, the City of Birmingham Symphony Orchestra, the Boston Symphony, Concertgebouw Orchestra Amsterdam, Symphonieorchester des Bayreischen Rundfunks, the Budapest Festival Orchestra, Osaka Symphony, Singapore Symphony Orchestra, Amsterdam Sinfonietta, Bucharest Symphony, Queensland Philharmonic, World Peace Orchestra, St. and the Petersburg Philharmonic Orchestra. In 1996 he was invited to become principal teacher at the Rotterdam Conservatorium, and later at the Royal Academy of Music in London and has been a visiting professor in various countries and cities worldwide. Since 2005, he has held the post of professor at the University of Music and Arts in Mannheim and the Academy of Music in Basel and is an honorary member of the Royal Academy of Music in London. He has recorded various oboe concertos, among others with the Amsterdam Sinfonietta, Elliott Carter’s oboe quartet with Swiss Chamber Soloists and as his most recent recording, in 2017, Sir Peter Maxwell Davies’ oboe quartet with the Hebrides Ensemble, which won the he EVM award for recording of the year in 2017.