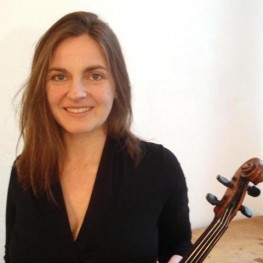 In 1994 she founded the Zehetmair Quartet together with Thomas Zehetmair which meanwhile belongs to the most important string quartets. They received the „Gramophone Award, record of the year“ and four other prizes for their Schumann-CD. A recording of Hindemith’s string quartet no. 4 and Bartók’s no. 5 is labelled a reference recording by the media and was also rewarded the Diapason d’Or of the year. The ensemble also received the renowned Hindemith prize from the city of Hanau.

Ruth Killius published a solo CD with the complete cycle of Hindemith sonatas with NomadMusic in April 2018.The release of a CD with Bartók Viola Concerto and John Casken Double Concerto with ECM is planned for 2022.

Ruth Killius has bien professor for viola at the Johannes Gutenberg Universität Mainz from 2001 to 2003.